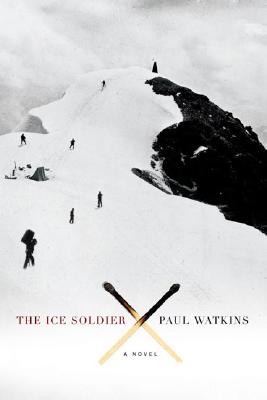 The Ice Soldier: A Novel

One man's quiet life is shattered when he's forced to confront terrifying secrets he'd thought buried high in the Italian Alps
" The New York Times" has called his work "daring and remarkably assured," "The Washington Post" has dubbed it "shamelessly entertaining," and the Los Angeles Times claims it renders "the raw elegence of the human experience itself." Now Paul Watkins returns with his most engaging and atmospheric novel yet. The ice soldier of the title is one William Bromley. Following a disasterous turn in the Alps during the Second World War, William has constructed for himself a quiet and lonely life as a history teacher at a London boarding school. For different reasons, he and his best friend Stanley have given up the world of mountaineering for a more peaceful existence. Peaceful that is, until a soldier from William's mountain regiment reappears, tragedy occurs, and a terrible bargain is made. Slowly, the horrifying events of the war come back to William, and he realizes what he must do. He is to confront his worst fears and memories by returning to the glaciers and peaks of northern Italy.
The little-known role of the army's mountaineer corps comes brilliantly to life in this story of men pushed to the limits of endurance and survival, and haunted by the ghosts of war.
"Paul Watkins is without question one of the most gifted writers of his generation." --Tobias Wolff

Title: The Ice Soldier: A Novel

Description: 0805078673 Bumped and creased book with tears to the extremities, but not affecting the text block - GOOD

The Ice Soldier: A Novel