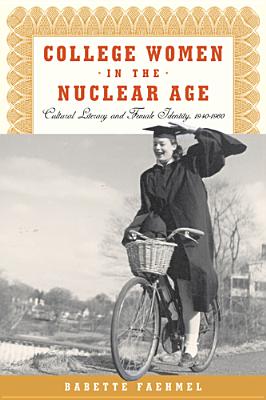 In the popular imagination, American women during the time between the end of World War II and the 1960s-the era of the so-called "feminine mystique"-were ultraconservative and passive. College Women in the Nuclear Age takes a fresh look at these women, showing them actively searching for their place in the world while engaging with the larger intellectual and political movements of the times.

Drawing from the letters and diaries of young women in the Cold War era, Babette Faehmel seeks to restore their unique voices and to chronicle their collective ambitions. She also explores the shifting roles that higher education played in establishing these hopes and dreams, making the case that the GI Bill served to diminish the ambitions of many American women even as it opened opportunities for many American men. A treasure-trove of original research, the book should stimulate scholarly discussion and captivate any reader interested in the thoughts and lives of American women.