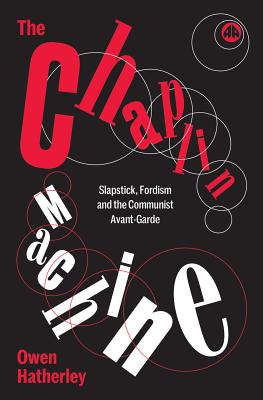 The Chaplin Machine: Slapstick, Fordism and the International Communist Avant-Garde

There was something uncanny about Charlie Chaplin. His fellow actors spoke of him as inhuman--automaton-like. His stiff, comic movements could be viewed as an attempt to parody the newly developed production lines of Henry Ford's revolutionary factories. As wide-scale application of this technology spread to Soviet Russia, Chaplin's slapstick comedic style also found a following among the artists carving out a new society under communism.

In The Chaplin Machine, Owen Hatherley unearths the hidden history of Soviet film, art, and architecture. Turning upside down the common view that the communist avant-garde was austere and humorless, he reveals an unexpected comedic streak that found its inspiration in the slapstick of the American performers Charlie Chaplin and Buster Keaton.

What did it mean for socialists to combine the ideas of Chaplin and Ford? Were their experiments indicative of a new future conception of work and leisure? And to what degree was this emphasis on comedy a precursor to the strangely festive despotism of Stalin? By asking these questions, The Chaplin Machine challenges our understanding of twentieth-century art in America and abroad.

The Chaplin Machine: Slapstick, Fordism and the International Communist Avant-Garde