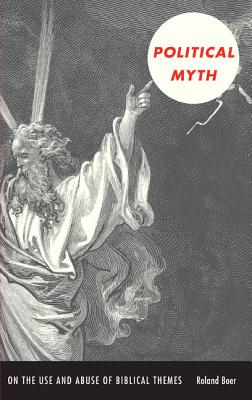 Political Myth: On the Use and Abuse of Biblical Themes (New Slant: Religion, Politics, Ontology)

In this provocative and necessary work, Roland Boer, a leading biblical scholar and cultural theorist, develops a political myth for the Left: a powerful narrative to be harnessed in support of progressive policy. Boer focuses on foundational stories in the Hexateuch, the first six books of the Bible, from Genesis through Joshua. He contends that the "primal story" that runs from Creation, through the Exodus, and to the Promised Land is a complex political myth, one that has been appropriated recently by the Right to advance reactionary political agendas. To reclaim it in support of progressive political ends, Boer maintains, it is necessary to understand the dynamics of political myth.

Boer elaborates a theory of political myth in dialogue with Ernst Bloch, Theodor Adorno, Alain Badiou, Jacques Lacan, and Slavoj Zizek. Through close readings of well-known biblical stories he then scrutinizes the nature of political myth in light of feminism, psychoanalysis, and Marxism. Turning to contemporary politics, he examines the statements of prominent American and Australian politicians to show how the stories of Creation, conquest, Paradise, and the Promised Land have been distorted into a fantasy of Israel as a perpetual state in the making and a land in need of protection. Boer explains how this fantasy of Israel shapes U.S. and Australian foreign and domestic policies, and he highlights the links between it and the fantasy of unfettered global capitalism. Contending that political myths have repressed dimensions which if exposed undermine the myths' authority, Boer urges the Left to expose the weakness in the Right's mythos. He suggests that the Left make clear what the world would look like were the dream of unconstrained capitalism to be realized.

Title: Political Myth: On the Use and Abuse of Biblical Themes (New Slant: Religion, Politics, Ontology)

Political Myth: On the Use and Abuse of Biblical Themes (New Slant: Religion, Politics, Ontology)