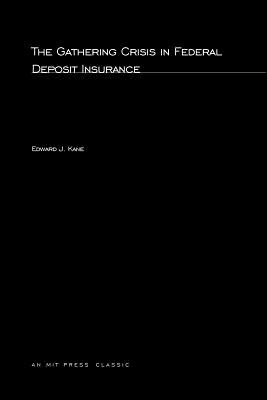 This study warns bankers, regulators, politicians, and taxpayers that no matter how well the deposit-insurance system may have run in the past it is headed for an expensive bureaucratic breakdown.

The system of federal deposit insurance adopted during the 1930s has become increasingly costly and unreliable. This timely study warns bankers, regulators, politicians, and taxpayers that no matter how well the deposit-insurance system may have run in the past it is headed for an expensive bureaucratic breakdown. It forcefully argues that unless market discipline can be reintroduced, this breakdown threatens to take depository institutions into de facto nationalization. Reversing these trends, it points out, requires redesigning the deposit insurance system to curtail the subsidizing of risk taking by deposit institutions, a practice that has resulted in widespread insolvency among financial institutions. The Gathering Crisis in Federal Deposit Insurance provides more than a warning. It shows that the current system is unfair and has transformed the federal government into the chief supplier of equity funds to depository institutions. And it observes that whenever the financial environment is changing rapidly, the existing system of deposit insurance subsidizes risk-taking in ways that impose a huge, but largely unrecognized burden on the general taxpayer and conservatively managed financial institutions. In one way or another, the taxpayer is going to be called upon to make good the financially staggering amount of the system's guarantees. The book provides a comprehensive discussion of FDIC and FSLIC policies and procedures, describes the variety of risks facing deposit institutions and their implications for the insurance system, explains the perverse risk-bearing incentives inherent in the current deposit insurance system, documents the extent of actual insolvency at insured institutions, and proposes a framework for reform.

The Gathering Crisis in Federal Deposit Insurance is eleventh in the series, Regulation of Economic Activity, edited by Richard Schmalensee.