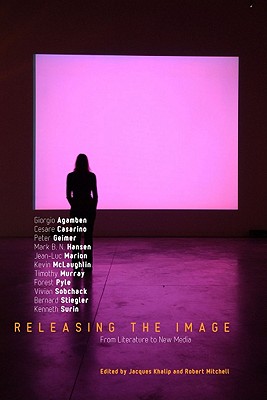 Releasing the Image: From Literature to New Media

It has become a commonplace that "images" were central to the twentieth century and that their role will be even more powerful in the twenty-first. But what is an image and what can an image be? Releasing the Image understands images as something beyond mere representations of things. Releasing images from that function, it shows them to be self-referential and self-generative, and in this way capable of producing forms of engagement beyond spectatorship and subjectivity. This understanding of images owes much to phenomenology--the work of Husserl, Heidegger, and Merleau-Ponty--and to Gilles Deleuze's post-phenomenological work. The essays included here cover historical periods from the Romantic era to the present and address a range of topics, from C zanne's painting, to images in poetry, to contemporary audiovisual art. They reveal the aesthetic, ethical, and political stakes of the project of releasing images and provoke new ways of engaging with embodiment, agency, history, and technology.

Title: Releasing the Image: From Literature to New Media

Releasing the Image: From Literature to New Media