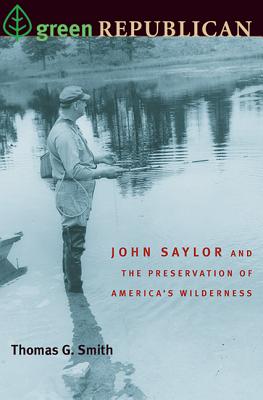 Green Republican: John Saylor and the Preservation of America's Wilderness

Green Republican chronicles the life of Congressman John Saylor and his personal legacy as an environmental champion. Saylor believed the wilderness was intrinsic to the American experience-that our concepts of democracy, love of country, conservation, and independence were shaped by our wilderness experiences. Through his ardent protection of national parks and diligent work to add new areas to the parks system, Saylor helped propel the American environmental movement in the three decades following Word War II.

At the height of the federal dam-building program in the 1950s and 1960s, Saylor blocked efforts to erect hydroelectric dams whose impounded waters would have invaded Dinosaur National Monument and the Grand Canyon. During the energy crisis of the early 1970s, Saylor denounced attempts to open the Alaska National Wildlife Refuge to oil drilling. He was the House architect of the Wilderness Act of 1964 and the Wild and Scenic Rivers Act of 1968. Because Saylor represented a coal-mining district, he doggedly promoted the use of coal, instead of atomic or hydropower, to generate electricity, and repeatedly won the support of his constituents over thirteen terms between 1949 and 1973. But he also fervently supported legislation to purify the air and water and redeem stripped lands.

Considered both a maverick and a pioneer, John Saylor won respect on both sides of the aisle because he was direct, hardworking, and passionate about conservation at a time when the cause was not popular. Environmental leaders dubbed him "St. John" because he tenaciously advocated their proposals and battled resistance by resource-use proponents.

Based on extensive research and numerous interviews with Saylor's colleagues and members of the conservationist community, Thomas G. Smith assembles the remarkable story of John Saylor, arguably the leading congressional conservationist of the twentieth century, and a major force in the preservation of America's wilderness.

Green Republican: John Saylor and the Preservation of America's Wilderness