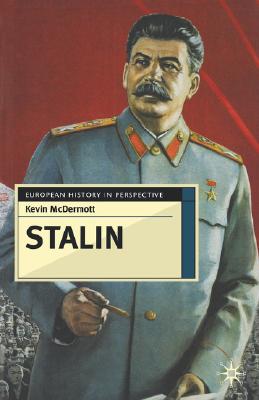 Stalin: Revolutionary in an Era of War (European History in Perspective)

Stalin's massive impact on Soviet history is often explained in terms of his inherent evil, personality defects, and power lust. This volume argues that Stalin's thoughts and actions are best contextualized in the inter-relationship between war and revolution in the first half of the twentieth century. Kevin McDermott incorporates recently declassified materials from the former Soviet Party archives and provides a critical review of western and Russian historiography.

Title: Stalin: Revolutionary in an Era of War (European History in Perspective)

Stalin: Revolutionary in an Era of War (European History in Perspective)