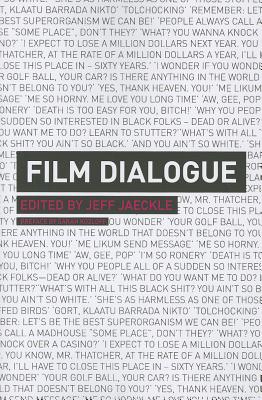 Film Dialogue is the first anthology in film studies devoted to the topic of language in cinema, bringing together leading and emerging scholars to discuss the aesthetic, narrative, and ideological dimensions of film speech that have largely gone unappreciated and unheard. Consisting of thirteen essays divided into three sections: genre, auteur theory, and cultural representation, Film Dialogue revisits and reconfigures several of the most established topics in film studies in an effort to persuade readers that "spectators" are more accurately described as "audiences," that the gaze has its equal in eavesdropping, and that images are best understood and appreciated through their interactions with words. Including an introduction that outlines a methodology of film dialogue study and adopting an accessible prose style throughout, Film Dialogue is a welcome addition to ongoing debates about the place, value, and purpose of language in cinema.