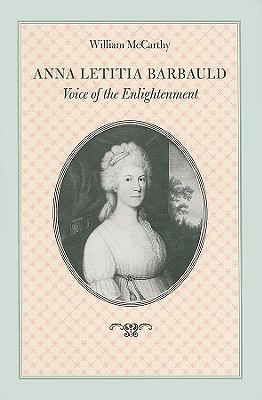 Against the background of the American and French revolutions, the Napoleonic Wars, and the struggle for religious equality in Great Britain, a brilliant, embattled woman strove to defend Enlightenment values to her nation. Poet, teacher, essayist, political writer, editor, and critic, Anna Letitia Barbauld was venerated by contemporaries on both sides of the Atlantic, among them the young Walter Scott, the young Samuel Taylor Coleridge, and Boston Unitarians such as William Ellery Channing. After decades in the historical limbo into which almost all work by women writers of her era was swept, Barbauld's writings on citizenly ethics, identity politics, church-state relations, and empire are still deeply relevant today. Inquiring and witty as well as principled and passionate, Barbauld was a voice for the Enlightenment in an age of revolution and reaction.

Based on more than fifteen years of research in dozens of libraries and archives across five countries, this is the first full-length biography of one of the foremost women writers in Georgian England.