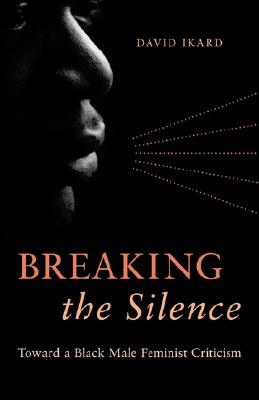 Breaking the Silence: Toward a Black Male Feminist Criticism

Can black males offer useful insights on black women and patriarchy? Many black feminists are doubtful. Their skepticism derives in part from a history of explosive encounters with black men who blamed feminism for stigmatizing black men and undermining racial solidarity and in part from a perception that black male feminists are opportunists capitalizing on the current popularity of black women's writing and criticism. In Breaking the Silence, David Ikard goes boldly to the crux of this debate through a series of provocative readings of key African American texts that demonstrate the possibility and value of a viable black male feminist perspective.
Seeking to advance the primary objectives of black feminism, Ikard provides literary models from Chester Himes's If He Hollers Let Him Go, James Baldwin's Go Tell It on the Mountain, Toni Morrison's Paradise, Toni Cade Bambara's The Salt Eaters, and Walter Mosley's Always Outnumbered, Always Outgunned and Walkin' the Dog that consciously wrestle with the concept of victim status for black men and women. He looks at how complicity across gender lines, far from rooting out patriarchy in the black community, has allowed it to thrive. This complicity, Ikard explains, is a process by which victimized groups invest in victim status to the point that they unintentionally concede power to their victimizers and engage in patterns of behavior that are perceived as revolutionary but actually reinforce the status quo.
While black feminism has fostered important and necessary discussions regarding the problems of patriarchy within the black community, little attention has been paid to the intersecting dynamics of complicity. By laying bare the nexus between victim status and complicity in oppression, Breaking the Silence charts a new direction for conceptualizing black women's complex humanity and provides the foundations for more expansive feminist approaches to resolving intraracial gender conflicts.

Title: Breaking the Silence: Toward a Black Male Feminist Criticism

Breaking the Silence: Toward a Black Male Feminist Criticism