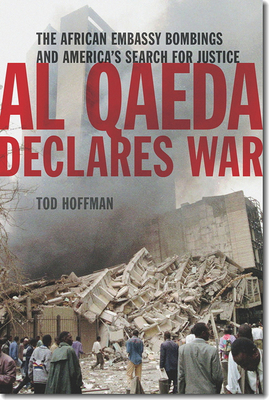 Three years before the events of 9/11, Osama bin Laden sent al Qaeda suicide bombers on a coordinated attack to destroy the U.S. embassies in Nairobi, Kenya, and Dar es Salaam, Tanzania. That day, August 7, 1998, more than two hundred people were killed and thousands were wounded. Responding immediately, the FBI launched the largest international investigation in its history. Within months, suspects were arrested in six countries. The U.S. Attorney for the Southern District of New York indicted twenty-two individuals, including the elusive bin Laden. In February 2001 a landmark trial of four of the accused was held in Manhattan in the shadow of the World Trade Center. Al Qaeda Declares War: The African Embassy Bombings and America's Search for Justice explores the step-by-step procedures the United States employed in analyzing these attacks, identifying the suspects, tracking down and apprehending them, building a case, and prosecuting them. It is this case that established the legal basis for hunting down bin Laden, and the trial makes for a gripping courtroom drama, in which the robust principles of American justice confront the fanaticism of true believers. Tod Hoffman argues forcefully that the process after the 1998 incident stands in marked contrast to the illegal detention, torture, and abrogation of rights that followed 9/11. Indeed, reverberations from the African embassy bombings continue in the ongoing hunt for perpetrators still at large, and in targeted killings by drones. Al Qaeda Declares War dramatically recounts the terror and bloodshed of that day in Africa and shows that America's search for justice afterward offers important lessons for today.