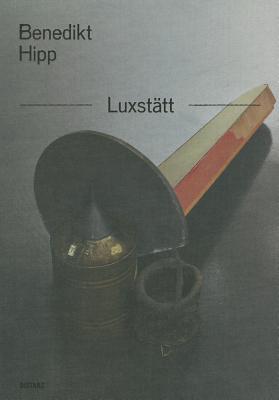 Secret compartments in antique desks, old newspaper clippings and letters in wooden boxes, mummified animal cadavers: Benedikt Hipp (b. Munich 1977; lives and works in Munich) is a pathfinder that seeks his inspiration in places that are both highly unusual and entirely ordinary. Mythical forms and mysterious rooms, from complete darkness to blinding light -- the motifs in his oil paintings and sculptures hover on the boundary between dream and reality. Paintings and sculptural works are imbedded in largescale installations that give rise to psychologically and ritually charged overarching contexts. Hipp's works touch upon extrasensory phenomena without removing them from rational control. He addresses themes of our time as well as traditional myths and personal memories, and derives modern social archetypes from them. Hipp, who studied with Sean Scully at the Akademie der bildenden K nste in Munich, is often classified as a surrealist; he comments on this by saying that in his work, he "explores fundamental questions, Urforms and structures and hence the questions in which all branches of science, philosophy, theology, and spirituality converge." With essays by Patrizia Dander, Claudia Emmert, J rg Scheller, Philipp Sch nthaler.