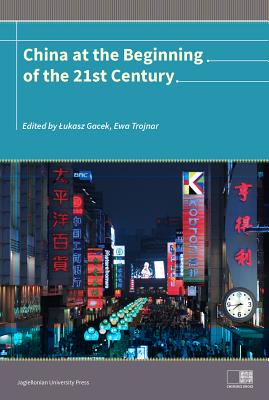 China at the Beginning of the Twenty-First Century (Chinskie Drogi)

China at the beginning of the 21st century intrigues many researchers around the world. No different was the enthusiasm widely shared among the participants of the students' conference China at the beginning of the 21st century organized by the Institute of Middle and Far East Studies of Jagiellonian University in Krak w in April 2010. Research enthusiasm and inquisitive attitude of presenters and discussants observed during the conference inspired to go beyond the university walls and put this publication together. The problems discussed within this volume provide the readers with a background of most vital issues in modern China. They are related to the challenges of the Chinese society and state's international skirmishes. Each article is separately concluded by the author's findings, which is highly admirable, since the authors are young, but promising adepts in the field. At the same time, being open for criticism, the authors invite us to take a long hard look at China's modern challenges.

Title: China at the Beginning of the Twenty-First Century (Chinskie Drogi)

China at the Beginning of the Twenty-First Century (Chinskie Drogi)