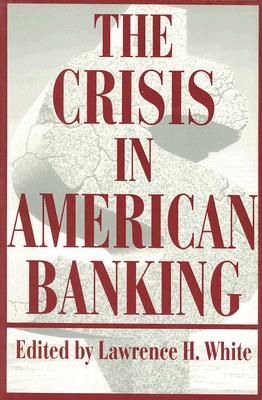 The Crisis in American Banking (Political Economy of Austrian School)

The U.S. banking system, its regulation and deregulation, and especially its deposit guarantees, continue to pose complex problems. The Crisis in American Banking offers six original perspectives on this continuing crisis, drawing from modern Austrian economics and from public choice theories that have seldom been applied to contemporary banking troubles. The contributors suggest that political regulation has seriously impaired the health of the banking industry. The authors consider long-term prospects for reform in the banking industry in light of the regulatory environment Much in the news lately, the U.S. banking system, its regulation and deregulation, and its troubles, pose a persistent and complex problem for Americans. This timely volume offers six original perspectives keyed to the continuing crisis in the U.S. banking industry. Several authors draw from modern Austrian economics or from public choice theory ideas that have seldom been applied to explaining contemporary banking problems. A pervasive theme of the ideas presented is that the U.S. banking crisis is fundamentally linked to the political regulation of banking. Taken as a whole, the book suggests that government regulatory, macroeconomic, and fiscal policies have seriously impaired the health of the banking industry. The Crisis in American Banking compellingly explains how rent-seeking, ideology, and the historical accretion of regulations have given banking policy its current unfortunate form. Also considered are the long term prospects for reform of banking regulation, and for the banking industry itself in light of the current and foreseeable regulatory environment. At present, the state of the U.S. commercial banking industry and the FDIC suggests disturbing parallels to the state of the savings and loan industry and the FSLIC a decade earlier. The policy regime that allowed their problems to develop does not seem to be on the verge of any dramatic change. The reluctance of Congress to enact real reforms means that the critical analyses and reform proposals in this volume will remain relevant for some time to come.

The Crisis in American Banking (Political Economy of Austrian School)