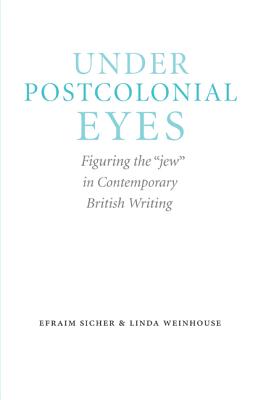 Under Postcolonial Eyes: Figuring the jew in Contemporary British Writing (Studies in Antisemitism)

In the Western literary tradition, the "jew" has long been a figure of ethnic exclusion and social isolation--the wanderer, the scapegoat, the alien. But it is no longer clear where a perennial outsider belongs. This provocative study of contemporary British writing points to the figure of the "jew" as the litmus test of multicultural society. Efraim Sicher and Linda Weinhouse examine the "jew" as a cultural construction distinct from the "Jewishness" of literary characters in novels by, among others, Salman Rushdie, Anita Desai, Doris Lessing, Monica Ali, Caryl Philips, and Zadie Smith, as well as contemporary art and film.

Here the image of the "jew" emerges in all its ambivalence, from postcolonial migrant and modern everyman to more traditional representations of the conspirator and malefactor. The multicultural discourses of ethnic and racial hybridity reflect dissolution of national and personal identities, yet the search for transnational, cultural forms conceals both the acceptance of marginal South Asian, Caribbean, and Jewish voices as well as the danger of resurgent antisemitic tropes. Innovative in its contextualization of the "jew" in the multiculturalism debate in contemporary Britain, Under Postcolonial Eyes: Figuring the "jew" in Contemporary British Writing analyzes the narrative of identities in a globalized culture and offers new interpretations of postmodern classics.

Under Postcolonial Eyes: Figuring the jew in Contemporary British Writing (Studies in Antisemitism)