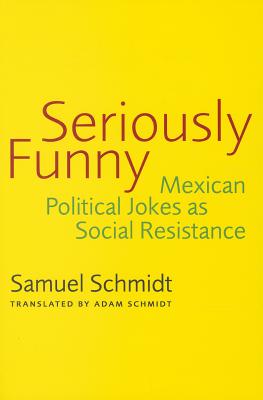 Political jokes exist around the world and across many types of political systems. But what purposes do they serve? Do they have an impact on politics--or on politicians? Surprisingly, scholars have paid scant attention to these significant questions. And, until the publication of this book, no one had ever systematically studied political humor in Mexico. When the first edition of this work was published in Mexico, it caused a stir. Elected officials, it turned out, had grudgingly accepted that they and their politics could be the target of jokes uttered in public, and even on television, but they were incensed that a leading academic had collected political jokes into a book and analyzed their function in a country that had experienced nearly a century of one-party rule.

Now available in English for the first time, Seriously Funny is a groundbreaking work. Its goal is to examine the ways in which political humor--including nicknames, anagrams, poems, and parodies of religious prayers, in addition to jokes--has developed and operated in one country over more than four centuries. Although political humor thrives in Mexico, it is often cleverly encoded so that it doesn't appear to be critical of government policies or officials. But, writes Samuel Schmidt, that is precisely its purpose: to question the actions and assumptions of the party in power. Schmidt argues persuasively that political jokes are acts of minor rebellion: their objective is not to overthrow a government but to correct its mistakes.