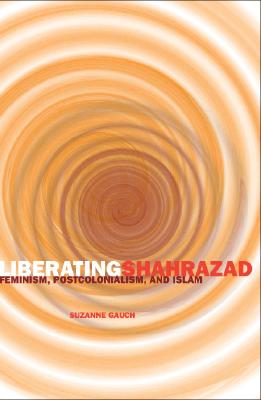 Shahrazad, the legendary fictional storyteller who spun the tales of the 1,001 Arabian Nights, has long been rendered as a silent exotic beauty by Western film and fiction adaptations. Now, she talks back to present a new image of Muslim women.

In Liberating Shahrazad, Suzanne Gauch analyzes how postcolonial writers and filmmakers from Algeria, Morocco, and Tunisia have reclaimed the storyteller in order to portray Muslim women in ways that highlight their power to shape their own destinies. Gauch looks at Maghrebian works that incorporate Shahrazad's storytelling techniques into unexpected and unforeseen narratives. Highlighting the fluid nature of storytelling, Gauch demonstrates how these new depictions of Shahrazad--from artists such as Moufida Tlatli, Fatima Mernissi, Tahar Ben Jelloun, Assia Djebar, Le la Sebbar--navigate the demands of a global marketplace, even as they reshape the stories told about the Islamic world. In the face of both rising fundamentalism and proliferating Western media representations of Arab and Muslim women as silent, exploited, and uneducated victims, Gauch establishes how contemporary works of literature and film revive the voice of a long-silenced Shahrazad--and, ultimately, overthrow oppressive images of Muslim women. Suzanne Gauch is assistant professor of English and women's studies at Temple University.