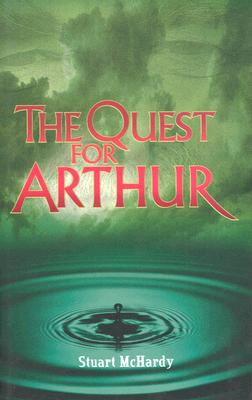 The Quest for Arthur

King Arthur of the Britons - the Celtic hero supreme. But was he a king? Where did he come from? Wales? England? In this book Stuart McHardy re-investigates the 19th century idea that Arthur originated in Scotland. Combining interpretation of the earliest written sources with a new approach to the content of orally transmitted traditional tales he has come up with a picture of Arthur unlike any before. Stripping away the later romanticised notions of a feudal king surrounded by fair maidens and jousting knights McHardy takes us back to a 6th century Britain where battle was endemic amongst the tribes and no warrior would follow a man he did not honour. Into this ancient society a new force came that changed things forever. The Romans had long been gone but behind them they left a ticking time bomb that exploded into tribal society changing it forever. That time-bomb was the new religion of Christianity and at the front of the battle against the ancient traditional pagan religion was the war band leader we know as Arthur. Modelling himself on a hero in traditional belief he led the Christian Britons against the pagan alliance of Angles, Picts and Scots - Germanic and Celtic speakers united in arms - who together had regularly attacked the might of Rome for centuries. Much of the fighting took place around the Gap of Stirling, Scotland's battleground from prehistoric times through to the 18th century. Here where the different societies met and mingled Arthur led a crusade that not only led to a change in religion of the native peoples but laid the basis for the development of the later kingdoms of north Britain, and eventually Scotland itself. There was no invasion for Arthur to fight, the Angles and Saxons came slowly, over centuries, but he was leading a crusade - for the new religion against the old. As the language of the Britons drew back into Wales, most of the great tales of the hero went with them, leaving a few handfuls of scattered traditions and placenames around Scotland. Now in the light of recent scholarship, and with new insights into the old pagan religion, McHardy has gathered these scraps together and combined them with the Welsh memories of the Men of the North to paint a picture of Arthur closer to reality than has been possible before now.

Title: The Quest for Arthur

The Quest for Arthur