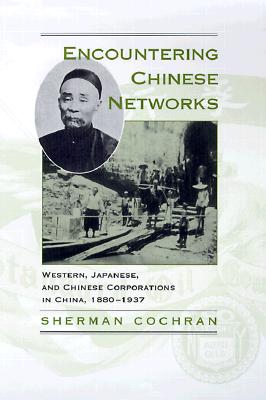 Big businesses have faced a persistent dilemma in China since the nineteenth century: how to retain control over corporate hierarchies while adapting to local social networks. Sherman Cochran, in the first study to compare Western, Japanese, and Chinese businesses in Chinese history, shows how various businesses have struggled with this issue as they have adjusted to dramatic changes in Chinese society, politics, and foreign affairs.

Cochran devotes a chapter each to six of the biggest business ventures in China before the Communist revolution: two Western-owned companies, Standard Oil and British-American Tobacco Company; two Japanese-owned companies, Mitsui Trading Company and Naigai Cotton Company; and two Chinese-owned firms, Shenxin Cotton Mills and China Match Company. In each case, he notes the businesses' efforts to introduce corporate hierarchies for managing the distribution of goods and the organization of factory workers, and he describes their encounters with a variety of Chinese social networks: tenacious factions of English-speaking compradors and powerful trade associations of non-English-speaking merchants channeling goods into the marketplace; and small cliques of independent labor bosses and big gangs of underworld figures controlling workers in the factories.

Drawing upon archival sources and individual interviews, Cochran describes the wide range of approaches that these businesses adopted to deal with Chinese social networks. Each business negotiated its own distinctive relationship with local networks, and as each business learned about marketing goods and managing factory workers in China, it adjusted this relationship. Sometimes it strengthened its hierarchical control over networks and sometimes it delegated authority to networks, but it could not afford to take networks for granted or regard them as static because they, in turn, took their own initiative and made their own adjustments.

In this book Cochran calls into question the idea that the spread of capitalism has caused business organizations to converge over time. His cases bring to light numerous organizational forms used by Western, Japanese, and Chinese corporations in China's past, and his conclusions suggest that businesses have experimented with new forms on the basis of their historical experiences-especially their encounters with social networks.