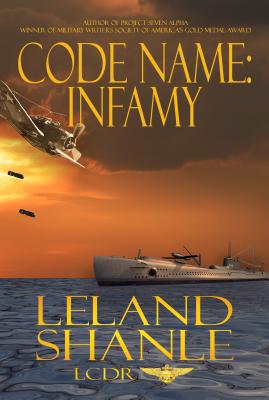 Together, the ruthless SS Director of Nazi Germany's nuclear weapons program and an Imperial Japanese pilot who has lost everything commandeer one of Japan's top-secret submarine aircraft carriers and have two American cities in the crosshairs. Can they be stopped in time?

A Nazi's Nazi, SS Generalleutnant von Bassenheim has no intention of surrendering. And Lieutenant Commander Atsugi, an Imperial pilot with nothing left to live for, wants nothing less than total revenge. With Axis powers facing defeat, the two men set out on a suicide mission in a submarine aircraft carrier with two nuclear weapons on board and two Sieran fighters destined to drop their loads on American cities. In a cat-and-mouse game spanning the globe, one OSS officer and a team of naval aviators and ship commanders race against the clock to find and destroy the rogue submarine.