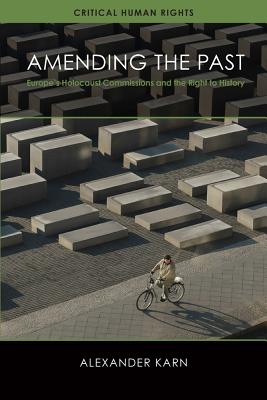 Amending the Past: Europe's Holocaust Commissions and the Right to History (Critical Human Rights)

During the 1990s and early 2000s in Europe, more than fifty historical commissions were created to confront, discuss, and document the genocide of the Holocaust and to address some of its unresolved injustices. Amending the Past offers the first in-depth account of these commissions, examining the complexities of reckoning with past atrocities and large-scale human rights violations.

Alexander Karn analyzes more than a dozen Holocaust commissions-in Germany, Switzerland, France, Poland, Austria, Latvia, Lithuania, and elsewhere-in a comparative framework, situating each in the context of past and present politics, to evaluate their potential for promoting justice and their capacity for bringing the perspectives of rival groups more closely together. Karn also evaluates the media coverage these commissions received and probes their public reception from multiple angles. Arguing that historical commissions have been underused as a tool for conflict management, Karn develops a program for historical mediation and moral reparation that can deepen democratic commitment and strengthen human rights in both transitional regimes and existing liberal states.

Title: Amending the Past: Europe's Holocaust Commissions and the Right to History (Critical Human Rights)

Amending the Past: Europe's Holocaust Commissions and the Right to History (Critical Human Rights)