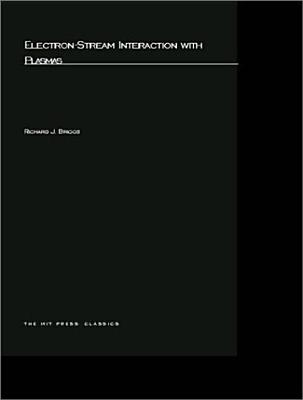 This study considers the instabilities that result when an electron beam is injected into a plasma. A number of different models of the system are considered, and all instabilities are classified according to whether they are convective instabilities (amplifying waves) or nonconvective (absolute) instabilities. The study also analyzes the instabilities in unbounded beam-plasma systems and in systems of finite extent transverse to the electron stream and gives a detailed consideration of the possibility of a strong interaction with the ions in a hot-electron plasma. In addition, the author presents mathematical criteria for identifying absolute instabilities and amplifying waves. These criteria are based only on an analysis of the dispersion equation of the system and are not restricted to beam-plasma systems.

wo things need to be said about this book: the chapter on absolute and convective instabilities makes an important contribution to the field. Second, it should be pointed out that the theoretical results are reduced to a form which make them readily available to an experimentalist. Plasma physicists and electronic engineers will be interested in this work.