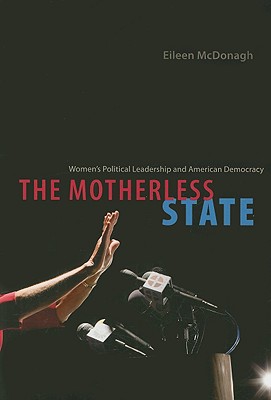 American women attain more professional success than most of their counterparts around the world, but they lag surprisingly far behind in the national political arena. Women held only 15 percent of U.S. congressional seats in 2006, a proportion that ranks America behind eighty-two other countries in terms of females elected to legislative office. A compelling exploration of this deficiency, TheMotherless State reveals why the United States differs from comparable democracies that routinely elect far more women to their national governing bodies and chief executive positions.

Explaining that equal rights alone do not ensure equal access to political office, Eileen McDonagh shows that electoral gender parity also requires public policies that represent maternal traits. Most other democracies, she demonstrates, view women as more suited to govern because their governments have taken on maternal roles through social welfare provisions, gender quotas, or the continuance of symbolic hereditary monarchies. The United States has not adopted such policies, and until it does, McDonagh insightfully warns, American women run for office with a troubling disadvantage.