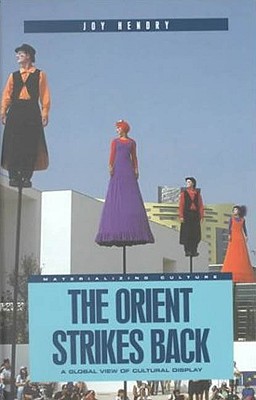 The Orient Strikes Back: A Global View of Cultural Display (Materializing Culture)

At the turn of the 20th Century, Japanese 'villages' and their exotic occupants delighted and mystified visitors to the Great Exhibitions and Worlds' Fairs . At the beginning of the 21st Century, Japanese tourists have reversed the gaze and now may visit a range of European 'countries', as well as several other cultural worlds, without ever leaving the shores of Japan. This book suggests that these and other exciting Asian theme parks pose a challenge to Western notions of leisure, education, and entertainment. Is this a case of reverse orientalism? Or is it simply a commercial follow-up on the success of Tokyo Disneyland? Is it an appropriation by one rich nation of a whole world of cultural delights from the countries that have influenced its twentieth-century success? Can the parks be seen as political statements about the heritage on which Japan now draws so freely? Or are they new forms of ethnographic museum? Examining Japanese parks in the context of a variety of historical examples of cultural display in Europe, the U.S. and Australia, as well as other Asian examples, the author calls into question the too easy adoption of postmodern theory as an ethnocentrically Western phenomenon and clearly shows that Japan has given theme parks an entirely new mode of interpretation.

Title: The Orient Strikes Back: A Global View of Cultural Display (Materializing Culture)

The Orient Strikes Back: A Global View of Cultural Display (Materializing Culture)