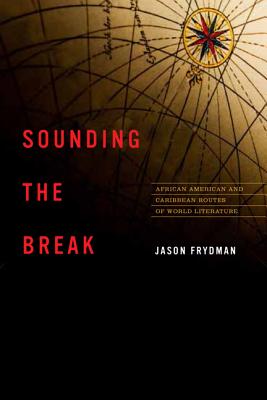 The idea of "world literature" has served as a crucial though underappreciated interlocutor for African diasporic writers, informing their involvement in processes of circulation, translation, and revision that have been identified as the hallmarks of the contemporary era of world literature. Yet in spite of their participation in world systems before and after European hegemony, Africa and the African diaspora have been excluded from the networks and archives of world literature. In Sounding the Break, Jason Frydman attempts to redress this exclusion by drawing on historiography, ethnography, and archival sources to show how writers such as W. E. B. Du Bois, Zora Neale Hurston, Alejo Carpentier, Derek Walcott, Maryse Cond , and Toni Morrison have complicated both Eurocentric and Afrocentric categories of literary and cultural production. Through their engagement with and revision of the European world literature discourse, he contends, these writers conjure a deep history of "literary traffic" whose expressions are always already cosmopolitan, embedded in the long histories of cultural and economic exchange between Africa, Asia, and Europe. It is precisely the New World American location of these writers, Frydman concludes, that makes possible this revisionary perspective on the idea of (Old) World literature.