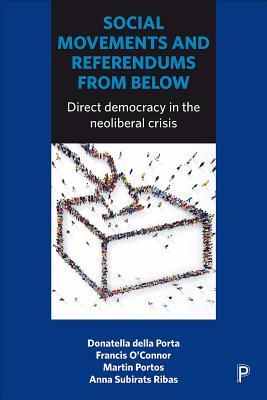 Social Movements and Referendums from Below: Direct Democracy in the Neoliberal Crisis

In recent years, social movements on the left have increasingly begun to make themselves felt in referendums. This has been seen throughout Europe: in votes regarding independence in Scotland and Catalonia, on water rights in Italy, on debt repayment in Iceland, and on the financial proposals of the troika in Greece. This book presents case studies of those referendums and more to analyze the ways that social movements formed in the wake of the 2008 crash have affected referendums' development and outcomes. Looking at general issues of democracy, as well as the political effects of neoliberalism, this book is ideally suited to help us understand some of the issues around Brexit and will be read by a wide audience interested in social movements, referendums, and democratic innovation.

Title: Social Movements and Referendums from Below: Direct Democracy in the Neoliberal Crisis

Social Movements and Referendums from Below: Direct Democracy in the Neoliberal Crisis