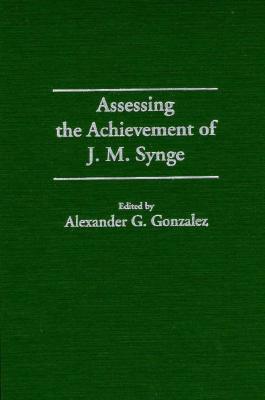 Though J. M. Synge is considered a major figure of Irish drama and an important canonical playwright, he is the subject of fewer and fewer books and conference sessions. In this volume, chapters by expert contributors confront the possibility that Synge's reputation may not be standing the test of time. The chapters reaffirm the relevance of Synge's plays to contemporary audiences and readers and invite a reassessment of his apparently declining popularity. Comparisions of Synge's work to that of other authors reinforce the argument in favor of his continuing relevance.

J. M. Synge is generally considered one of the most important Irish dramatists, and his standing within the larger canon of world literature usually goes unchallenged. But his reputation may not be standing the test of time. A relative dearth of presentations on Synge's work at major national and international conferences and even at regional Irish studies conferences suggests that he is not studied as much as he once was, especially relative to other Irish authors such as Joyce, Yeats, O'Casey, and even Paul Muldoon and Eavan Boland. Tolerance for some of Synge's once-hailed extragavance is also lessening among students of his drama.

The expert contributors of this book demonstrate that Synge's work is of continuing relevance to contemporary audiences and readers. Each of its essays illuminates the worth of Synge's dramatic canon either by some form of reassessment of individual plays or by comparison of Synge's work to that of authors whose reputation is still indisputably well established, such as Yeats, or to that of contemporary authors whose work is much in the public eye, such as Salman Rushdie. New approaches, including a feminist study of the language of Synge's heroines, also help establish the continued relevance of his drama to contemporary readers.