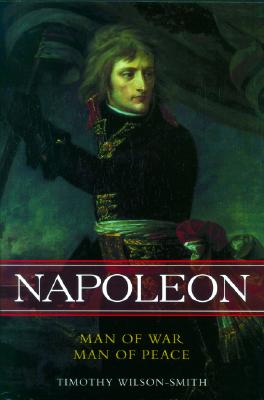 Napoleon may have caused more men's deaths than any martial leader before him. Indeed, "the paths of glory Napoleon trod," biographer Timothy Wilson-Smith estimates in his introduction, "led possibly one million Frenchmen, and maybe as many as four million men from other lands, to their graves." Napoleon's peacetime accomplishments, however, have long survived the massive military sacrifice. Numerous societies and learned institutions that he created preserve his name and fame to this day. Museum collections attest to his passion for the arts. His Code Napoleon continues to thrive, and some credit him with a vision for a united Europe that the European Union has finally achieved. Both these Napoleons--the military genius and the social visionary--are fully covered in this new biography, which surveys in vivid, sometimes harrowing detail Napoleon's liberation of the continent from the old social order and chronicles the chaos that accompanied it through almost twenty years of warfare. It shows that the men who eventually brought Napoleon down--chief among them the inveterately conservative Castlereagh and Metternich--failed to grasp Napoleon's most remarkable gift: his ability not only to erect cultural monuments but also to effect significant social change that would long outlive his own defeat and downfall.