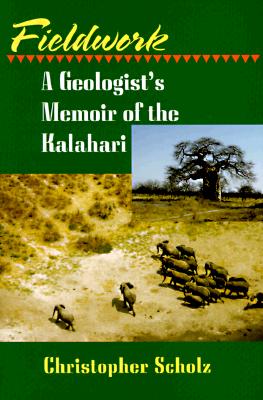 Christopher Scholz, an internationally recognized expert in the geological fields of seismology and tectonics, here offers a captivating memoir of a three-month-long field expedition to northern Botswana. Fieldwork tracks the adventures of a group of American scientists trying to gather critical data in some of the wildest and most inhospitable parts of Africa. Scholz effectively captures the unique challenges and obstacles faced in this kind of scientific endeavor, including mysterious encounters with a primitive bushman tribe and unavoidable dealings with belligerent local officials and even near-fatal stampedes by rampaging elephants. It is through this absorbing tale that Scholz offers a paean to the long and unique traditions of geological fieldwork, and provides readers with an inside view of the trials and joys of scientific fieldwork.

The goal of the Scholz expedition was to determine, by recording tiny natural earthquakes, if a previously unknown arm of the East African Rift system had propagated into the Kalahari Desert from the north. Fieldwork tracks the quest of the scientist for a solution to a specific geological problem from the motivations of the scientist, to the initial formulation of the problem, through to the data collection, and finally, the assembly of the critical evidence.

The Princeton Legacy Library uses the latest print-on-demand technology to again make available previously out-of-print books from the distinguished backlist of Princeton University Press. These editions preserve the original texts of these important books while presenting them in durable paperback and hardcover editions. The goal of the Princeton Legacy Library is to vastly increase access to the rich scholarly heritage found in the thousands of books published by Princeton University Press since its founding in 1905.