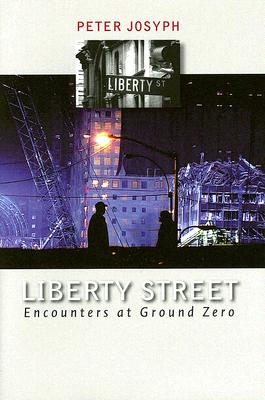 Writer and feature film-maker Peter Josyph spent a year and a half combing the streets and the debris-blasted buildings of Ground Zero, talking with workers and residents, and capturing its struggles and transformations. This book is a haunting record of the extraordinary world that was created on September 11 and has now vanished forever. While much attention has been focused on the interior of Ground Zero, the surrounding neighbourhood has been largely ignored. Loyal Downtowners, who ran for their lives from the collapse of the Twin Towers, returned with a resolve to restore their world to order. Exploring this dust-driven world of collateral damage, Josyph documented their struggle at a time when the bans against photography made him a spy in the house of destruction. Misinformed and marginalized by city and federal agencies, the neighbourhood was on its own in coping with toxic infestation, landlords, insurers, and simple access to the place they were proud - and cursed - to call their home. challenges more simplistic, mainstream views of Ground Zero with vivid portraits of exceptional New Yorkers, who made a place for themselves in that tragic and transitory neighbourhood.