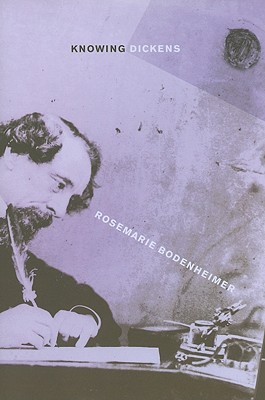 In this compelling and accessible book, Rosemarie Bodenheimer explores the thoughtworld of the Victorian novelist who was most deeply intrigued by nineteenth-century ideas about the unconscious mind. Dickens found many ways to dramatize in his characters both unconscious processes and acts of self-projection--notions that are sometimes applied to him as if he were an unwitting patient. Bodenheimer explains how the novelist used such techniques to negotiate the ground between knowing and telling, revealing and concealing. She asks how well Dickens knew himself--the extent to which he understood his own nature and the ways he projected himself in his fictions--and how well we can know him.

Knowing Dickens is the first book to systematically explore Dickens's abundant correspondence in relation to his published writings. Gathering evidence from letters, journalistic essays, stories, and novels that bear on a major issue or pattern of response in Dickens's life and work, Bodenheimer cuts across familiar storylines in Dickens biography and criticism in chapters that take up topics including self-defensive language, models of memory, relations of identification and rivalry among men, houses and household management, and walking and writing.