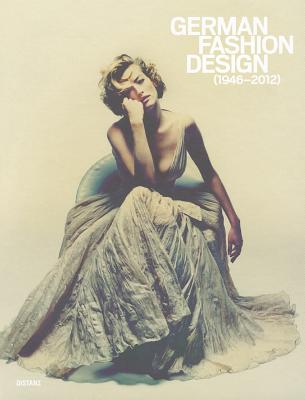 Jumbo-sized. VG - Crisp, clean, unread book with some shelfwear/edgewear, may have a remainder mark - NICE

The mid-1980s were the first time people began to speak about "German
Designers." The old labels no longer exist, Joop now does Wunderkind, the Igedo fair is called CPD, and instead of traveling to the Munich Fashion Week you go to the Mercedes-Benz Fashion Week in Berlin, but the scene's self-confidence grew--full of verve, its aim was to advance awareness of the history of German fashion, which had begun with the studios near Berlin's Hausvogteiplatz and reached a glamorous zenith with the post-war designers Oestergaard and Richter. Today, the annual sales volume of the German clothing industry is about 20 bn Euros, with exports ranging near 40 percent. Labels like Hugo Boss have stores all over the world. How did this all come about? When was which fair first launched, what is the story behind Bogner and James Bond, who is the Indian woman Megha Mittal, who saved Escada? A reader about German fashion, its developments, trends, and its prospects.