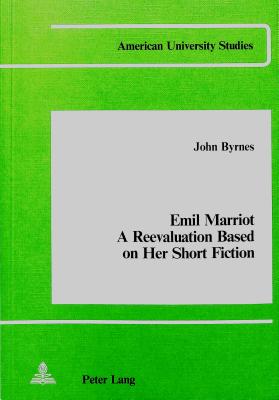 Emil Marriot is the pseudonym of Emilie Mataja (1855-1938), an Austrian woman writer who was highly regarded during her lifetime, but whose work has not received the scholarly attention it deserves. After an evaluation of previous criticism and a biography that concentrates on her development as a writer, this study examines in detail her contribution to short fiction, the genre most neglected heretofore by critics. By giving greater consideration to the formal aspects of Marriot's work, this study overcomes the methodological lapses in earlier studies and demonstrates on a substantial critical basis Marriot's significance as a writer of fiction.