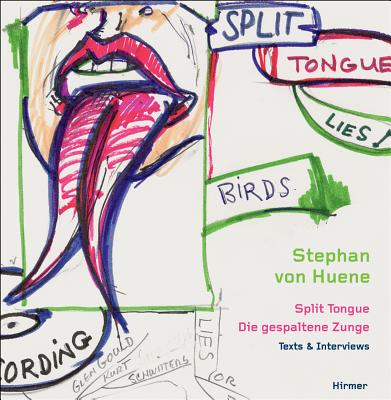 Stephan von Huene (1932 2000) was a pioneer in the sound art movement. Beginning in the 1960s, he produced sculptures that incorporated sound in novel ways from "Text Tones," a sleek series of works that record and recompose chance conversations within the exhibition space, to a pair of legs that perform a lively tap dance. But von Huene was also an accomplished draftsman, whose works on paper collages, sketches, and prints have been the subject of extensive solo exhibitions.
Combining interviews with von Huene and an essay by his partner, Petra Kipphoff von Huene, this book provides unparalleled insight into the artist s processes and the mechanical complications involved in the creation of some of his works. The book also brings together for the first time all of von Huene s "Mind Maps," a series of meticulous compositions of images and words. In addition to illustrating how von Huene conceived of his sculptures, the "Mind Maps "series also reveals the artist s keen interest in contemporary communications theory and the technical side of sound, both of which were central to the social function of his work.
A richly illustrated survey of von Huene s remarkable four-decade career, this book explores both sculptural and graphic works and examines the artist s continuing influence in his native America and adopted Germany.
"