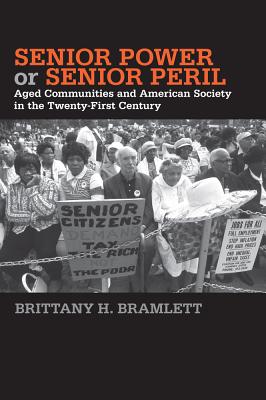 In Senior Power or Senior Peril, Bramlett examines the assertions that the increasing number of older adult-concentrated communities across the United States form a growing bloc of senior power that will influence the redistribution of particularized welfare benefits to older adults at the expense of younger people. However, others suggest that political influence declines with old age. Bramlett uses interviews and on-site research at various senior communities to explore what qualities make an aged community politically unique, and the impact of the local aged context on residents' political knowledge, safety-net policy attitudes, efficacy, and political activity. This path-breaking book identifies the political behaviors, attitudes, and political consciousness of both older and younger residents as it recounts the perceived and actual political power of seniors. In the series The Social Logic of Politics, edited by Scott McClurg