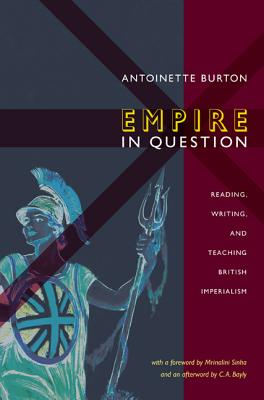 Featuring essays written by the influential historian Antoinette Burton since the mid-1990s, Empire in Question traces the development of a particular, contentious strand of modern British history, the "new imperial history," through the eyes of a scholar who helped to shape the field. In her teaching and writing, Burton has insisted that the vectors of imperial power run in multiple directions, argued that race must be incorporated into history writing, and emphasized that gender and sexuality are critical dimensions of imperial history. Empire in Question includes Burton's groundbreaking critiques of British historiography, as well as essays in which she brings theory to bear on topics from Jane Eyre to nostalgia for colonial India. Burton's autobiographical introduction describes how her early encounters with feminist and postcolonial critique led to her convictions that we must ask who counts as a subject of imperial history, and that we should maintain a healthy skepticism regarding the claims to objectivity that shape much modern history writing. In the coda, she candidly reflects on shortcomings in her own thinking and in the new imperial history, and she argues that British history must be repositioned in relation to world history. Much of Burton's writing emerged from her teaching; Empire in Question is meant to engage students and teachers in debates about how to think about British imperialism in light of contemporary events.