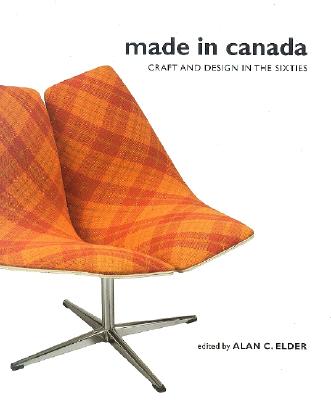 Made in Canada: Craft and Design in the Sixties

The red maple leaf is the quintessential symbol of Canada and the flag that popularized it throughout the world was designed in the 1960s as a result of government legislation aimed at creating a vital, new Canadian national identity through objects, events, and building projects. Made in Canada looks at the development of Canadian craft, design, and culture through ambitious government programs meant to reinforce the country's identity as a modern, sophisticated, and autonomous nation. As well, it documents the demise of a singular notion of modern life and its replacement with a focus on personal identity and consumerism. Changes in the 1960s included the building of modern airports, first space satellite, and new national symbols such as the maple leaf flag. Canadians embraced this heightened sense of individuality and demanded products that were equally individual. As a result pop culture objects sat on cool furniture influenced by Scandinavian modernism while handmade crafts reflected a growing concern with environmental issues. Expo 67 was the turning point - one final expression of optimism before Canada was rocked by social change and varied struggles for identity. Made in Canada examines national dreams and expressions of individuality in thoughtful and illuminating essays. Contributors include Sandra Alfoldy (NSCAD University), Paul Bourassa (Mus e des beaux-arts de Qu bec), Brent Cordner (designer and educator, Toronto), Douglas Coupland (artist and author, Vancouver), Bernard Flaman (Government of Saskatchewan), Rachel Gotlieb (freelance curator and writer, Toronto), Michael Large (Sheridan College Institute of Technology and Advanced Learning), and Michael Prokopow (Design Exchange).

Title: Made in Canada: Craft and Design in the Sixties

Made in Canada: Craft and Design in the Sixties