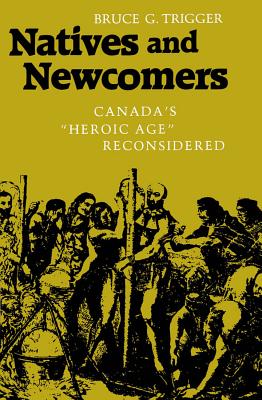 Natives and Newcomers discredits that myth. In a spirited and critical re-examination of relations between the French and the Iroquoian-speaking inhabitants of the St Lawrence lowlands, from the incursions of Jacques Cartier through the explorations of Samuel de Champlain and the Jesuit missions into the early years of the royal regime, Natives and Newcomers argues that native people have played a significant role in shaping the development of Canada. Trigger also shows that the largely ignored French traders and their employees established relations with native people that were indispensable for founding a viable European colony on the St Lawrence. The brisk narrative of this period is complemented by a detailed survey of the stereotypes about native people that have influenced the development of Canadian history and anthropology and by candid discussions of how historical, ethnographical, and archaeological approaches can and cannot be combined to produce a more rounded and accurate understanding of the past.