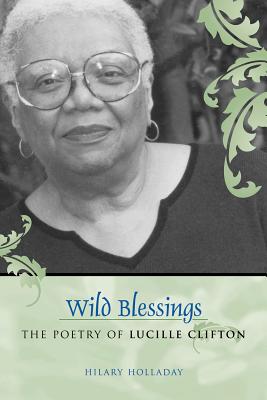 Widely acclaimed for her powerful explorations of race, womanhood, spirituality, and mortality, poet Lucille Clifton has published thirteen volumes of poems since 1969 and has received numerous accolades for her work, including the 2000 National Book Award for Blessing the Boats. Her verse is featured in almost every anthology of contemporary poetry, and her readings draw large and enthusiastic audiences. Although Clifton's poetry is a pleasure to read, it is neither as simple nor as blithely celebratory as readers sometimes assume. The bursts of joy found in her polished, elegant lines are frequently set against a backdrop of regret and sorrow. Alternately consoling, stimulating, and emotionally devastating, Clifton's poems are unforgettable. In Wild Blessings, Hilary Holladay offers the first full-length study of Clifton's poetry, drawing on a broad knowledge of the American poetic tradition and African American poetry in particular. Holladay places Clifton's poems in multiple contexts -- personal, political, and literary -- as she explicates major themes and analyzes specific works: Clifton's poems about womanhood, a central concern throughout her career; her fertility poems, which are provocatively compared with Sylvia Plath's poems on the same subject; her relation to the Black Arts Movement and to other black female poets, such as Gwendolyn Brooks and Sonia Sanchez; her biblical poems; her elegies; and her poignant family history, Generations, an extended prose poem. In addition to a new preface written after Clifton's death in 2010, this updated edition includes an epilogue that discusses the poetry collections she published after 2004.
Readers encountering Lucille Clifton's poems for the first time and those long familiar with her distinctive voice will benefit from Hilary Holladay's striking insights and her illuminating interview with the influential American poet.