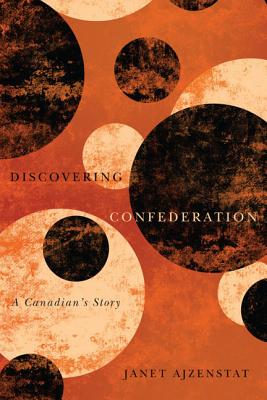 Janet Ajzenstat is one of Canada's most respected thinkers on the moral and philosophical foundations of responsible government and Confederation. Discovering Confederation is a study of political science over the last forty years through the intellectual lens of her career. Ajzenstat details her academic journey, from her early years as a hopeful, radical activist in the 1960s, through her graduate studies at McMaster University and the University of Toronto, her commitment to the importance of primary source documents, and to her decades-long teaching career. Learning from prominent political thinker Allan Bloom and philosopher and political commentator George Grant, Ajzenstat began to form her own opinions about parliamentary democracy and constitutional debate. She presents her discovery of the argument for parliamentary democracy, explaining how and why parliamentary democracy is sufficient security for individual rights. Though sometimes referred to as a conservative, Ajzenstat shows that her work is a defence of the political constitution, which ensures unconstrained and continuing deliberation amongst parties, interests, and philosophies of all political stripes. A candid and engaging showcase of a great mind at work, Discovering Confederation is a revealing account of Canada's political history and recent academic life.