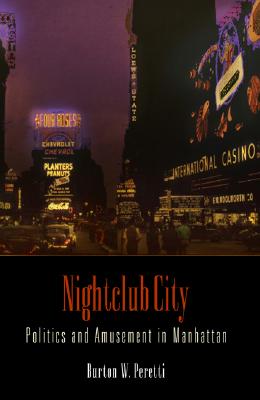 In the Roaring Twenties, New York City nightclubs and speakeasies became hot spots where traditions were flouted and modernity was forged. With powerful patrons in Tammany Hall and a growing customer base, nightclubs flourished in spite of the efforts of civic-minded reformers and federal Prohibition enforcement. This encounter between clubs and government-generated scandals, reform crusades, and regulations helped to redefine the image and reality of urban life in the United States. Ultimately, it took the Great Depression to cool Manhattan's Jazz Age nightclubs, forcing them to adapt and relocate, but not before they left their mark on the future of American leisure.

The reactions of cultural critics, federal investigators, and reformers such as Fiorello La Guardia exemplify the tension between leisure and order. Peretti's research delves into the symbiotic relationships among urban politicians, social reformers, and the business of vice. Illustrated with archival photographs of the clubs and the characters who frequented them, Nightclub City is a dark and dazzling study of New York's bygone nightlife.