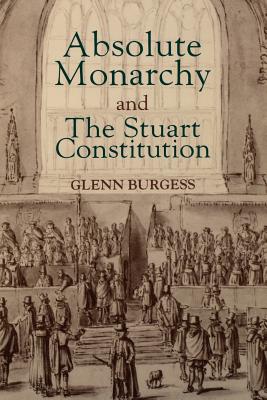 Absolute Monarchy and the Stuart Constitution

In this ambitious reinterpretation of the early Stuart period in England, Glenn Burgess contends that the common understanding of seventeenth-century English politics is oversimplified and inaccurate. The long-accepted standard view holds that gradual polarization between the Court and Parliament during the reigns of James I and Charles I reflected the split between absolutists--who upheld the divine right of monarchy to rule--and constitutionalists--who resisted tyranny by insisting the monarch was subject to law--and resulted inevitably in civil war. Yet, Burgess argues, the very terms that have been used to understand the period are misleading: there were almost no genuine absolutist thinkers in England before the Civil War, and the "constitutionalism" of common lawyers and parliamentarians was a very different notion from current understandings of that term.

Burgess turns to the great body of common law that enshrined many of England's liberties and institutions. Examining the political opinions of such key figures as Sir Edward Coke and Sir Francis Bacon, he concludes that the laws of the land represented a civilization no monarchist would have attacked. Further, absolutism was a rare creed at the time and, while it was accepted that the king was next to God in authority, this detracted nothing from the insistence that he rule under the law. Rather than a polarization of ideas fueling political division, says Burgess, it was Charles I's inappropriate exploitation of agreed prerogatives that exposed tensions, forged divisions, and ruptured the "pacified politics" of which the early modern English were so proud. Burgess's new perspective sets the political thought of Hobbes, Locke, and others into contemporary context, revises the distorted view of pre-civil war England, and refocuses discussion on the real conflicts and human complexities of the period.

Absolute Monarchy and the Stuart Constitution