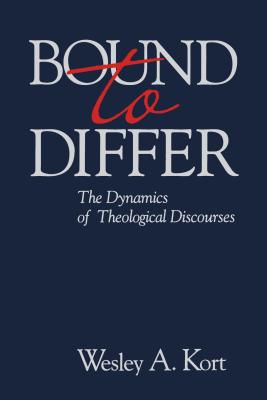 Bound to Differ: The Dynamics of Theological Discourses

In this analysis of theological conflict, Wesley Kort treats theologies as discourses that generate power and significance by their relations to and differences from one another. He identifies the traditional or putative claims of theological power and meaning--sources, referents, and patterns or structures--as distractions from or even concealments of the discursive situation in which theologies arise.

Kort first describes the dynamics of difference and conflicts constituted by theologies and the importance of power for opposing theologies. He provides a model that demonstrates why differences and conflicts, rather than occasional or peripheral effects of theology, are required as central causes. He then applies the analysis and model in the task of reading theologies of more than a dozen modern and contemporary figures.

In his conclusion, Kort returns to the cultural situation he sketched at the beginning, one that creates the conditions for the study and that is often called "postmodern." Kort calls it "a culture of scripture and belief," and he discusses prospects for theology in a culture not characterized by the fact and certainty. "The culture of scripture and belief" calls for theologies that are both forceful and vulnerable to critique.

Title: Bound to Differ: The Dynamics of Theological Discourses

Bound to Differ: The Dynamics of Theological Discourses