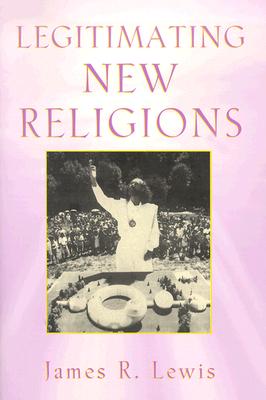 James R. Lewis has written the first book to deal explicitly with the issue of how emerging religions legitimate themselves. He contends that a new religion has at least four different, though overlapping, areas where legitimacy is a concern: making converts, maintaining followers, shaping public opinion, and appeasing government authorities. The legitimacy that new religions seek in the public realm is primarily that of social acceptance. Mainstream society's acknowledgement of a religion as legitimate means recognizing its status as a genuine religion and thus recognizing its right to exist. Through a series of wide-ranging case studies Lewis explores the diversification of legitimation strategies of new religions as well as the tactics that their critics use to de-legitimate such groups. Cases include the Movement for Spiritual Inner Awareness, Native American prophet religions, spiritualism, the Church of Christ-Scientist, Scientology, Church of Satan, Heaven's Gate, Unitarianism, Hindu reform movements, and Soka Gakkai, a new Buddhist sect. Since many of the issues raised with respect to newer religions can be extended to the legitimation strategies deployed by established religions, this book sheds an intriguing new light on classic questions about the origin of all religions.