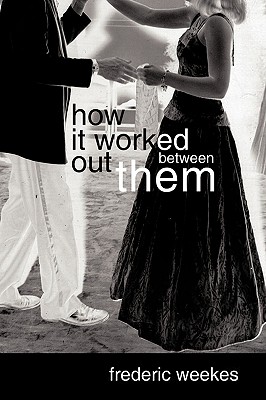 How It Worked Out Between Them

The eight short stories in this book tell us how it works out between men and women as they suffer the consequences of their romantic entanglements, although they realize that their lives would be empty without the experiences.

Wild West Jed learns that a clever woman uses her body to get what she wants. Later, he finds that the love of his life does also.

Junior Year Abroad Allison and Jean Pierre are not surprised that their abandoned love resurfaces after twenty years.

Gordon McNair Elaine McNair discovers that the missing ingredient in her relationships has been intellectual compatibility.

Emily Evans Emily finds that while life isn't fair, it's the deep appreciation of her that answers questions.

Moving North Enrico learns what two women, one on each side of the border, expect from their man.

Carrie Reston Carrie cannot define the right man for her. She recognizes him when he shows up.

Woman from Peru Angelina puts her foot down after three men have taken advantage of her. The fourth meets her needs.

Albany Eric Olson finds a surprising solution to being a too-capable lawyer. Outside forces bring a new life and a new woman.

Title: How It Worked Out Between Them

How It Worked Out Between Them