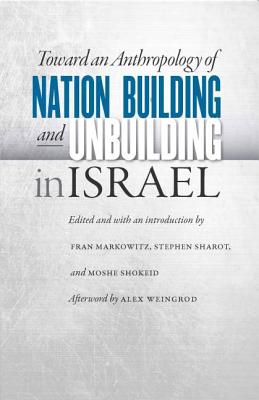 Toward an Anthropology of Nation Building and Unbuilding in Israel presents twenty-two original essays offering a critical survey of the anthropology of Israel inspired by Alex Weingrod, emeritus professor and pioneering scholar of Israeli anthropology. In the late 1950s Weingrod's groundbreaking ethnographic research of Israel's underpopulated south complicated the dominant social science discourse and government policy of the day by focusing on the ironies inherent in the project of Israeli nation building and on the process of migration prompted by social change.

Drawing from Weingrod's perspective, this collection considers the gaps, ruptures, and juxtapositions in Israeli society and the cultural categories undergirding and subverting these divisions. Organized into four parts, the volume examines our understanding of Israel as a place of difference, the disruptions and integrations of diaspora, the various permutations of Judaism, and the role of symbol in the national landscape and in Middle Eastern studies considered from a comparative perspective. These essays illuminate the key issues pervading, motivating, and frustrating Israel's complex ethnoscape.

Title: Toward an Anthropology of Nation Building and Unbuilding in Israel (Studies of Jews in Society)