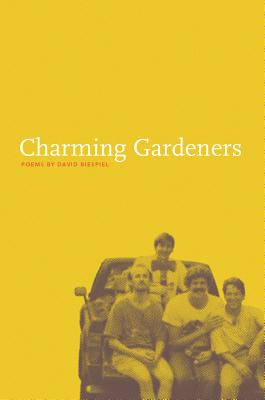 The formally nuanced and wise epistolary poems in David Biespiel's new collection are grounded in friendship, camaraderie, and the vulnerability and boldness that defines America.

Roving from the old Confederacy of Biespiel's native South to Portland, Oregon, Charming Gardeners explores the wildness of the Northwest, the avenues of Washington, D.C., the coal fields of West Virginia, and an endless stretch of airplanes and hotel rooms from New York to Texas to California.

These poems explore the "insistent murmurs" of memory and the emotional connections between individuals and history, as well as the bonds of brotherhood, the ghosts of America's wars, and the vibrancy of love, sex, and intimacy. We are offered poems addressed to family, friends, poets, and political rivals -- all in a masterful idiom Robert Pinsky has called Biespiel's "own original grand style."

I should stop back there

And stand on both feet in the grazing sunlight

And hear this chorus of America singing.

But I am so afraid of the testament of the delivered.