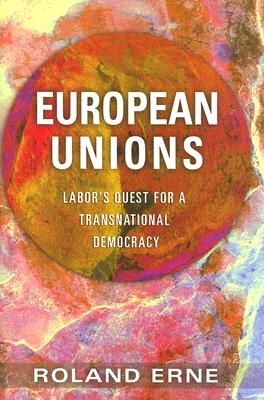 Roland Erne's view of transnational trade union networks challenges the assertion that no realistic prospect exists for remedying the European Union's democratic deficit--that is, its domination by corporate interests and lack of a cohesive European people. His book describes the emergence of a European trade union movement that crosses national boundaries. Erne assesses national and EU-level trade union politics in two core areas: wage bargaining in the European Monetary Union and job protection during transnational corporate mergers and restructuring. The wage coordination policies of the European metal and construction workers' unions and the unions' responses in the ABB-Alstom Power and Alcan-Pechiney-Algroup merger cases, Erne finds, show that the activities of labor are not confined to the national level: labor's policies have undergone Europeanization. This cross-national borrowing of tactics is itself proof of the increasing integration of European states and societies.

European Unions is based on an exceptionally wide range of research methods, including statistical analysis, participant observation, and interviews with EU-level, national, and local trade unionists and works councilors. It also draws on a wide range of European, German, French, Italian, and Swiss union documents and a multilingual body of academic literature across several disciplines, including political science, sociology, and law. Erne's multilevel inquiry goes beyond country-by-country comparisons of national cases and his book will prove of great relevance to readers interested in the future of labor, social justice, and democracy in an increasingly integrated world.