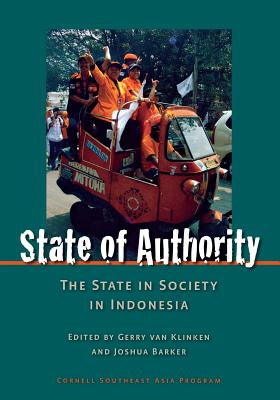 A major realignment is taking place in the way we understand the state in Indonesia. New studies on local politics, ethnicity, the democratic transition, corruption, Islam, popular culture, and other areas hint at novel concepts of the state, though often without fully articulating them. This book captures several dimensions of this shift. One reason for the new thinking is a fresh wind that has altered state studies generally. People are posing new kinds of questions about the state and developing new methodologies to answer them. Another reason for this shift is that Indonesia itself has changed, probably more than most people recognize. It looks more democratic, but also more chaotic and corrupt, than it did during the militaristic New Order of 1966-1998. State of Authority offers a range of detailed case studies based on fieldwork in many different settings around the archipelago. The studies bring to life figures of authority who have sought to carve out positions of power for themselves using legal and illegal means. These figures include village heads, informal slum leaders, district heads, parliamentarians, and others. These individuals negotiate in settings where the state is evident and where it is discussed: coffee houses, hotel lounges, fishing waters, and street-side stalls. These case studies, and the broader trend in scholarship of which they are a part, allow for a new theorization of the state in Indonesia that more adequately addresses the complexity of political life in this vast archipelago nation. State of Authority demonstrates that the state of Indonesia is not monolithic, but is constituted from the ground up by a host of local negotiations and symbolic practices.